With the start of the New Year, the 2022 Valspar Championship is only 10 weeks away. And the glad holiday tidings are the start of a tremendous field of PGA TOUR professionals that starts with defending champion Sam Burns. The 25-year-old from Louisiana begins the year in the top 10 of the Official World Golf Rankings for the first time.

Among those looking to unseat him will be Dustin Johnson and Brooks Koepka, winners of six Major Championships between them since 2016. Both were key members of the victorious Team USA in last summer’s Ryder Cup with Johnson going 5-0 in his matches and winning the Nicklaus-Jacklin Award.

Currently #3 in the OWGR, Johnson won the 2020 Masters to bring his PGA TOUR victory count to 24. He has also claimed the 2020 TOUR Championship and 2016 US Open. An injury kept Koepka from fulfilling his commitment to play in the 2021 Valspar Championship, but he is on the commitment list for 2022. He won four Majors, 2 US Opens and 2 PGA Championships, between 2015 and 2017. With his victory in the 2021 Waste Management Phoenix Open, Koepka, who went to Florida State, is up to eight PGA TOUR victories. He now ranks 16th in the OWGR.

The Valspar Championship field already includes six of the top 24 players in the OWGR. In addition to Johnson (#3), Burns (#10) and Koepka (#16), the commitments include #11 Louis Oosthuizen, #20 Jason Kokrak and #24 Matthew Fitzpatrick.

Oosthuizen and Kokrak tied for 2nd in the 2019 Valspar Championship and since then they have been among the hottest players in golf. Oosthuizen, winner of The Open Championship in 2010, has finished 2nd or 3rd in each of the last three Majors. Kokrak has won three times on the PGA TOUR in the last 15 months. Fitzpatrick will be joined in the tournament by his brother Alex, a senior at Wake Forest, who earned a sponsor exemption by winning the 2021 Valspar Collegiate. Other notables who are on the Valspar Championship’s early commitment list include: Max Homa – 3-time winner since 2019 including the 2021 Genesis Invitational, #35 in OWGR Bubba Watson – 12-time PGA TOUR winner including the 2012 and 2014 Masters Tommy Fleetwood – #40 in OWGR, runner-up in 2018 US Open and 2019 The Open Championship Brandt Snedeker – 9-time PGA TOUR winner

“This is just the start of what we anticipate will be a truly outstanding field,” says Tournament Director Tracy West. “Many favorites of our Copperhead fans, including other past champions, should be committing in the weeks ahead. In addition, we are hopeful that some relatively new faces will also be joining us.”

The Valspar Championship will be held March 14-20 on the Copperhead Course at Innisbrook Resort in Palm Harbor. It will be televised on NBC Sports and Golf Channel, as well as worldwide on PGA TOUR affiliates. Saturday’s ticket includes a free post-golf Valspar LIVE concert featuring Chris Young and Big & Rich. 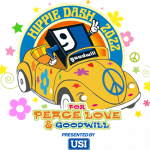 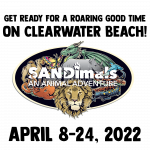 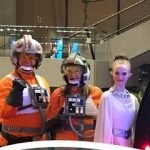 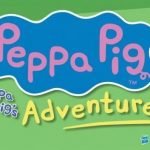